Akuapem Poloo confesses – The Person In The Leak Video Is Me. Rosemond Brown aka Akuapem Poloo, the controversial Ghanaian social media sensation has finally broken her silence on the viral leaked naked video of her. She has admitted indeed, she is the same person in the video.

According to new reports reaching Ghpage, Akuapem Poloo has admitted she is the very same person in the leaked naked video going around on social media and she won’t even try to deny it.

However, Akuapem Poloo confessed with an explanation. She claims it’s not a sex tape as many people are alleging but only a nude video of her.

She explained that she was living with a friend who had no shelter at the time. It was during one of such days when she was naked in bed that the friend she was helping recorded her.

But to her shock, this same person who recorded her without her knowledge is using the same video to blackmail her. She rubbished claims that she was recorded by a man she was sleeping with.

It’s a very unfortunate situation Anyways, click link in the bio for video and more

Ola Micheal, the presenter at Neat FM made these revelations known whiles speaking on the Despite Media Radion station. 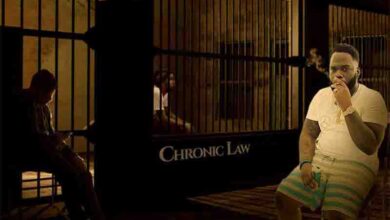