Ama Broni Finally Laid To Rest – Confusion Rocks De Funeral (Video Below). A video circulating online shows how some people were fighting over the coffin of dead Slay queen, Ama Broni, who is known in private life as Jennifer Osei during her burial service today in Akwatia in the Eastern Region.

In an earlier video some of of her female friends were busily shaking their b0rt0s on social media at Ama Broni’s funeral which got series of reactions.

Video : Don’t Eat Me Again – Lady Complains As Guy Ch0ps Her 6 Times In A Barracks – Video Below

Instead of people mourning with the family of the late dancer who left behind two kids, they were fighting over her coffin which was very disturbing to watch.

In this particular video, when Ama Broni’s coffin was being taken out of the car, some boys rushed over to carry it on their shoulder which caused a lot of confusion.

Heated arguments also ensued between some of these guys who nearly exchanged blows over the coffin of the late Akwatia Ama Broni. From the looks of things and those who attended the funeral, it was clear Ama was very popular and had a lot o friends.

Video : Girl Went Mad After Boyfriend Proposed 2 Her – Video Below 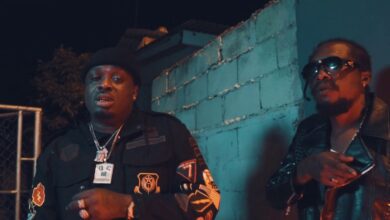