Another ‘daughter’ of Rawlings pops up – Watch. Even before the dust could settle on the drama of a lady claiming she is the daughter of departed former President, Jerry John Rawlings, another 50-year-old woman has popped up with a similar claim.

This time, it is one Kate Yeboah who has exclusively revealed to adomonline.com in a telephone conversation that she is a Rawlings the world doesn’t know about. Kate said she subsequently lived under the guardianship of an aunt and her husband who was a military officer because her biological mother struggled to take care of her as she was single.

Her guardians, she said, referred to her as Zanator, arousing her curiosity and subsequent decision to probe further.

Her probes, she said, led to her guardians confessing to her that she was fathered by the man Jerry John Rawlings.

According to her, her mother once collapsed on hearing of Mr Rawlings’ name, an incidence that further heightened her curiosity, making her draw confessions from her mother that indeed, Mr Rawlings was her father. Kate said it was after the confessions that she connected and developed a father-daughter bond with the late former president.

According to Kate, she has, on several occasions, had private conversations with Mr Rawlings during visits she paid him with her children.

She has also alluded to text messages she has exchanged with the late statesman as evidence of their relationship and conversations, messages she said she will forever keep and cherish.

On why she has waited until Rawlings’ death before surfacing with her story, Kate said she had to keep her relationship with her ‘farther’ secrete because she wasn’t sure of how his immediate family will take the news.

The self-acclaimed daughter who has also sent exclusive photos of herself to adomonline.com said the late former president adequately compensated her for their lost time by paying her children’s fees as well as taking care of their upkeep till his death in November last year.

Kate is the second woman to have laid claim to being daughter to the late Rawlings as one Abigail Mawutor Rawlings, 52 also made similar claims a few hours before her. Guy dies from ‘extreme 0rgasm’ after passing out while r0mping a $£.x worker - Watch 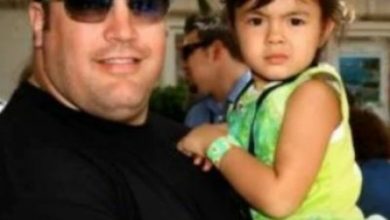 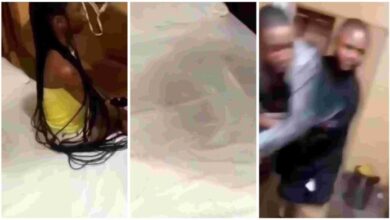