A Big Brother Naija season 6 contestant, Cross, is currently a subject of discussion in the Nigerian digital space, most especially, Twitter.

Trending at number one on the microblogging site with over 135,000 tweets, the reality television show star is trending as his ŋʋdɛ has leaked online.

The video Cross shared via Snapchat came with the caption “Shower Time” and his tattoos and mαŋhood were all in full display.

In an interview with TVC E Splash on the same day, the reality TV star stated that he mistakenly shared the photo on his Snapchat.

Cross stated that he wasn’t yet conversant with some of the new features on Snapchat, hence his mistake.

Despite admitting his mistake, Nigerian Twitter users have taken to their accounts to express their opinion on the issue.

These new set of BBNaija celebrities are ready to do anything for Fame and relevance even if it compromises their morals. Cross really fall my hand chai.

Bro the housemates of the recently concluded BBNaija are doing more than enough to stay relevant.
What was that video cross posted.

Cross probably wanted to send the video to someone and mistakenly posted it, it can’t be intentional. 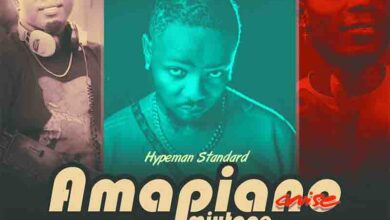