Boyfriend Faints When Girlfriend Captured Him Washing Panties – Video Will Shock U. There have always been arguments about men who find is disgusting or disrespectful to wash their girlfriends or wives underwear.

In some places washing the undies of your girlfriend or even your wife is a taboo, You dare not be seen.

When friends or family see you doing so, they may send you to a Pastor for deliverance aside the mockery that comes with it.

It’s believed that a woman’s pantie is kind of ‘sacred’, so your power as a man would be weakened when you wash them and your wife/girlfriend would rather have dominion over you as the man.

Well, in a trending video, a beautiful lady filmed her boyfriend drying her panties after washing them.

The guy didn’t know he was being filmed and when he realised, he tried to hide his face. There were mixed reactions after the video found its way unto the internet.

While a section of social media users hailed him for being a true gentleman who values his woman , others condemned him and said that no sane man is supposed to wash his wife’s underwears. 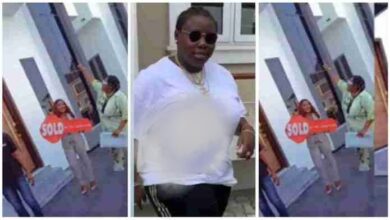 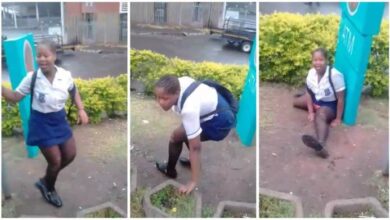