Boyfriend Fights Another Guy In Public Over Date Rush’s Cilla – Video Na Funny Rough. One of the male watchers of TV3’s dating reality show, Date Rush, Raymond, has caused a scene at a public place while reportedly fighting for the love of Cilla.

In the video sighted by us, the man was seen on his knees in front of Cilla, as she sat with her co-participant on the show in what looked like an open-air place.

From his gestures, it appeared the young man was begging Cilla to give him a chance for them to start a relationship.

Cilla on the other hand was in the company of another Raymond and the duo was making fun of the guy who was having a hard time convincing Cilla to give him a chance.

While frantically trying to win Cilla’s heart, the unknown man was not willing to take no for an answer so he ignored Raymond who was there with them.

Video : Pah Pah Taxi Driver Nearly Die After Trading Blows With Another Driver On The Street – Video Below

As the situation was getting uncomfortable, Raymond tried stepping into the matter but was immediately met with hostility from the man.

Things aggravated quickly and the two men were on their feet ready to have a go at each other as they shoved themselves.

Cilla who was having the laugh of her life suddenly realized that things were getting out of hands and jumped in between the two men to calm tempers.

It is not certain if the whole video is a prank or something that really went down. 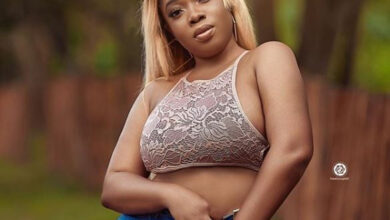