Kumawood actress, Christiana Awuni, has called out Foreign Minister, Shirley Ayorkor Botchway for her remarks on John Dumelo’s bid for a parliamentary seat in the Ayawaso West Wuogon Constituency.

While campaigning for Lydia Alhassan, the Minister took a swipe at actor John Dumelo indicating that Parliament is a place for serious business and not for movie actors.

She said “parliament is for serious minded people and not people who have done some movies and think they are popular”.

She continued that “it is a serious place; I will tell him; the laws of the country are enacted in parliament. If our President can continue his job very well, he needs Lydia Alhassan in Parliament to do the job so that all you need as a constituency will be easily given to you”.

Her comments did not go down well with a section of Ghanaians with notable people like Zapp Mallet, Bridget Otoo and co finding her words unfortunate.

Kumawood actress, Christiana Awuni insists that the Minister must apologize for her comment.

Speaking during an interview on Accra FM, Christiana said if Hon. Shirley Ayorkor Botchwey doesn’t do so she will quit acting. 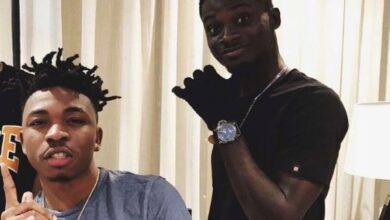