Church Members Seen Bowing Down To A Dead Goat Nailed To A Cross – Shocking Video Below. A video of church members bowing in reverence to a goat that has been killed and hanged on across has surfaced online.

It’s not clear which country this video originates from as the language used during the prayer session is inaudible.

Video  : Guy Who Was Seen Ma$turbating In Commercial Bus Beats Lady That Video Him – Watch

The goat’s head was left untouched whilst the rest of its body has been skinned as though it going to be used to prepare the soup.

In the video, the members are seen screaming and praying as they bow to the goat.

Shatta Wale – If Its A Game (Prod By Cobby) 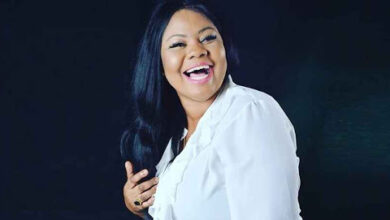