The video is fast trending on Twitter and other social media platforms. In the leaked video, Black Avenue Muzik Boss was seen lying together with a white lady on the bed with no clothes.

D-Black in the video, took his time to seductively lick the ‘Vajayjay’ of the unidentified white woman who is believed to have a Ghanaian lineage.

It is not long ago we had this week wrecked with Akuapem Poloo‘s and now D Black’s.

D Black is noted for being the ladies man and recently advised the young lads that the “ladies don’t love you, focus on making money”, which clearly indicates bag the money first and the ladies will follow.

Moreover, D Black has been rumored to be sleeping with the female artiste he signs unto his black avenue music label – and a rumour these artistes have always denied.

Notable female artistes on his label are Sefa and Ms Forson, who switched to his label from Rufftown records.

Shatta Wale – Nobody Bigger Than God 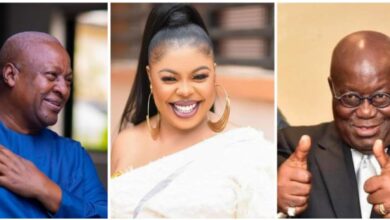 Why I Ditched NDC for NPP – Afia Schwarzenegger explains – Video 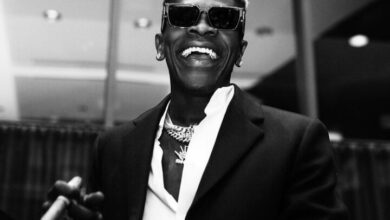