The Shatta Movement boss who believes that Abena Korkor has been mentally and sɛxʋally abused by a lot of men has established that she shouldnt be left to her fate.

His comments are on the back of Abena’srecent relapse where she again mentioned
names of male celebrities she claimed slept with her or made advances at her.

As usual, more prominent Ghanaian celebrities were fingered in her tall list as she accused them of exploiting her for their personal gains.

But Shatta Wale who appears to be keeping track of Abena’s social media rants took to Twitter to register his displeasure about the situation.

Viral : Girl Kick And Beat Man Who Refused To Pay Her After Enjoying Her In Public – Video Trends

Shatta also lashed out at his male peers who according to him are ‘sɛxʋally exploiting’ Abena Korkor without pity.

He questioned why his male peers and other prominent showbiz personalities will settle for Abena when there are a lot of options out there.

“So this industry boys weh deh move to Abena Korkor kwraa why ..You be ok!!! Women wake up and support your sister, she’s been abused!!”.

So this industry boys weh deh move to Abena Korkor kwraa why …
You be ok !!!!

Women wake up and support your sister ,she’s been abused !!!#WTF

How much is pussy meawwww😜😜 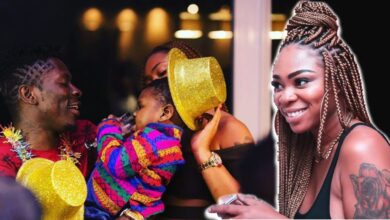