Dj Magnus Ft Amerado & Qwesi Flex – Your Matter. Western Regions DJ Magnus has released his long-awaited single ” YOUR MATTER ” which features Takoradi’s very own Qwesi Flex and Kumasi based rapper Amerado.
The two times Radio DJ of the year at the Western Music Awards celebrated his 6th anniversary a few weeks ago after joining multimedia Giants, Focus one media, and releasing this very single would just be part of his gratitude to the people around him his wholehearted fans.
“YOUR MATTER” which is produced by Azee Ntwene will be among the numerous studio singles from the CEO of Sizezero media after he teamed up with Afezi Perry in 2017 for “Sizezero” and rapper Ayesem on “Saamia” a year on. 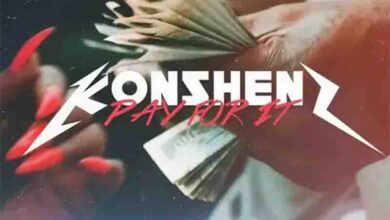