Reigning Western Region Best Radio DJ of the Year, DJ Magnus has as demanded released a heartfelt mixtape to honor the late CK Mann – the late CK Mann will be laid in state come Friday, July 13, 2018. The two times winner of the Western Region Music Awards Best Radio Disc Jockey, Magnus Koomson is doing this posthumously to recount the impact Charles Kofi Amankwaa Mann has had on music in the country, on the continent and over the world. CK Mann died on the March 20, 2018 and will be laid to rest later this weekend, 14th July 2018. DJ Magnus has compiled almost all the hit songs by the Highlife legendary into a mixtape for Ghanaians to consume. Download works by the legendary artiste, who received the 2006 Grand Medal of Ghana during the 2006 National Honors and Awards Ceremony by former President John Agyekum Kufuor. 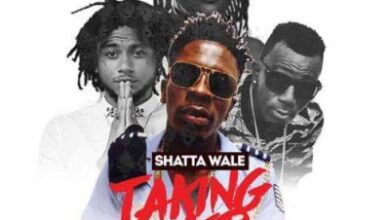 Chronic Law – I Can Swear