Family left in tears as 2 large dogs eat up 4-year-old boy. Police in South Africa’s Gugulethu town is researching to disentangle the conditions that prompted the mauling of a 4-year-old kid by two dogs belonging to his parents’ neighbors.

The deceased toddler identified by Milani was reportedly attacked by the dogs when he tried to retrieve a ball while playing rugby with friends at home on Sunday.
Reports say the wild animals are currently in the care of the SPCA as investigations continue.

When the Cape Times interviewed the bereaved mother Nothemba Keke, she said: “I was here at home when I heard the screams of my daughter crying ‘Mama come out, Milani is being attacked by dogs.’ I ran outside and one was attacking him from the back of his skull while the other barked and ran around him. I ran and tried to jump the fence to save him, but a neighbour grabbed me and pulled me back.”

She added: “I don’t like to talk about it. Even now I don’t feel like talking; we are distraught and we are still shocked.”

Confirming the incident, police spokesperson Sergeant Noloyiso Rwexana said no arrest has been made yet but assured that investigation was underway.

“A death inquest case has been opened for investigation by Gugulethu police after a 4-year-old boy died at NY 50 after he was attacked by two dogs inside the yard while he was fetching a ball.

“The circumstances surrounding this incident are being investigated by the police, with no arrests so far,” Sergeant Noloyiso Rwexana is quoted as saying.

The incident has left virtually the entire community in a state of grief. Ward councilor Sharon Manata said: “Some people are very angry. You ask yourself, in these four-roomed houses that we have what makes a person have such vicious dogs?

“We don’t have big yards; this innocent child was just playing in the yard of his home and by mistake, the ball fell in the next dooryard.

Hott : Wife’s Visit Made Sidechic Hides Under The Bed When Enjoying With Her Husband – Video

“This child was not even in the yard of these dogs, but they dragged him from the fence. We are crying with the family, crying with the mother who is traumatized by seeing her child being mauled by the dogs. Truly as a community, we are shattered.” 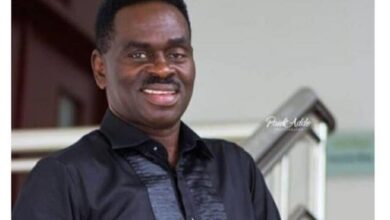