Fella Makafui’s New Dance Move Will Make You Reject Any Lady That Comes Your Way – Video. Actress and entrepreneur, Fella Makafui, seems to have set social media ablaze with a recent video of having dishing out some serious dance moves… post-delivery dance moves.

Motherhood has not put a damper on Fella Makafui’s hot dance moves…in fact, it may have just put an extra spring in her step!

The actress, who gave birth to baby girl Island last month with husband Medikal, showed off her funky moves in a video she posted on social media.

In the video sighted by AtinkaNews on the official Instagram handle of the YOLO actress, Fella Makafui was seen giving off some sleek African dance moves.

She appeared very hyped as she showed off her dance moves to the admiration of people gathered in the hall.

The actress appeared to be dancing to her husband, Medikal’s song which was playing in the background.

As Fella Makafui dazzled on the dancefloor, a voice believed to be that of Medikal’s was heard cheering her on and asking her to do more moves.

And it’s not just Medikal who thinks she rocks – a number of fans, including celebs, have praised the star for her flexibility and fun attitude… 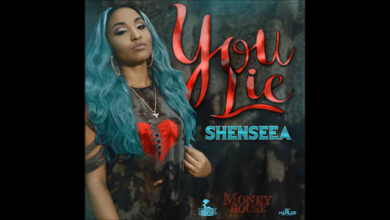