Guru Hit Hard On Kuami Eugene Over Lynx ‘Disrespect’ Comment – You won’t be at the top forever (Watch). Hiplife artiste, Maradona Yeboah Adjei, known in showbiz as Guru has replied Kuami Eugene’s claim that he disrespected Richie Mensah, therefore, he can’t work with him.

Video : This Is Abena, De Young Girl Who Lives @ De Cemetery With Her Love – Video

Kuami Eugene in a recent interview on Adom TV explained that he refused Guru a feature because he disrespected his boss, Richie Mensah owner of Lynx Entertainment records.

According to the “Rockstar”, as a member of the Lynx family, anything he does goes through them, hence he expects that the people in charge of his label are respected.

“Guru did not use the right channel. You want to feature me but you go to media houses to insult the man who made me. I wouldn’t have been Kuami Eugene but for Richie so I expect that respect is accorded him no matter the differences that exist. I am under Lynx Entertainment and any song I produce needs to go through them,” he explained.

Hott : Kidi – This Is Why My D¡¡ck Wakes Anytime A Lady Touches Me (Watch N Listen)

Guru reacting to this in a latest post on his Instagram page, wrote “dear Kuami Eugene, I admire your hard work and how well you have come. I am already in my 13th years in this industry and I have been able to give back to back hits. I made sure I had not less than 4 hits songs every year and in 2014 I gave 10 MEGA hits in one calendar year, I don’t know how old you were at that time though.”

He continued that “the industry is in difficult times which we need to join hands to change or continue with the mistakes our predecessors made. Remember some people started with me but they could not last long so I appreciate how far God has brought me.”

The rapper before concluding his message noted “point of correction I never begged for a Collaboration” before emphasizing that “I didn’t ask for Collaboration because I wanted a hit song, I have a lot of hit songs and I’m proud of that.

According to Guru in his post below, he only wanted Eugene to know that he appreciates his craft and that is “why I wanted us to work together and nothing more. I wish you well. Thank You. N K Z”.

Read : Kuami Eugene Brief Guru – You Can’t Disrespect My Master And Expect A Feature From Me – Watch 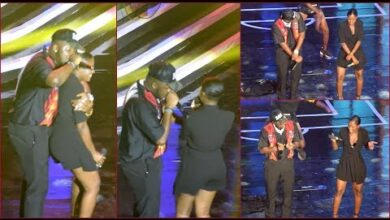 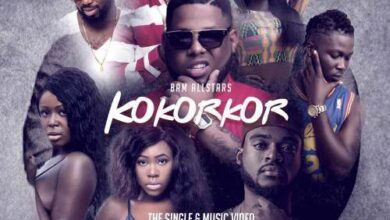