Guy in Slim-Fitted Jeans Dances Like A Snake During Deliverance In Church. A male worshipper’s manner of dancing in the church has sent social media users into a mixed frenzy.
An investment banker identified as Innocent Tino hared a video of the man’s performance on Facebook and captioned it: “He was filled with the Holy ghost in Church” .

Lost in his act, the male worshipper in slim-fitted jeans and shirt danced intensely with his eyes closed.

Watch Also : Guy Orders Side Chic To Flog Girlfriend For Trespassing After Punishing Side Chic

He moved and twisted his body parts in a manner many likened to a snake or an earthworm.

As his weird dance move progressed, apparent fright and confusion were visibly written on the faces of some of the worshippers who caught a glimpse of the man’s showcase.

The man continued and stopped after twisting to his knees and then to the floor on his face. 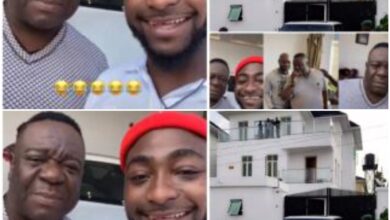