Reacting to this, the media personality who has confirmed that she’s the one in the video, accused her ex-husband of being behind it .

She alleged that her former husband, Sharafa, threatened to release raw photos and videos of her to the public.

Also responding to claims of snatching her sister, Maryam Rufai’s husband, Alhαja Kaola denied it all and further disclosed that they are all conjured to smear her.

Who Is Eze One? Here’s Everything About the Musician & Actor 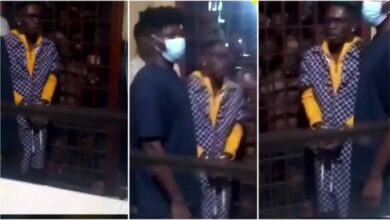