Kumawood actress Clara Amoateng Benson, popularly known as Maame Serwaa is not pleased with recent comparisons of her and Yaa Jackson.

In a new video, Maame Serwaa has thus begged for those comparing her to her Kumawood colleague who is now a music star to stop that.

Serwaa disclosed that she has recently been seeing posts with her picture and that of Jackson on social media trying to compare them.

This comparison, according to Maame Serwaa, is not healthy and she dislikes it because it breeds beef and competition between them.

Maame Serwaa who was speaking in an interview on Asempa FM disclosed that she Yaa Jackson have been friends since their days as child actors and are still on good terms.

“I talk to Yaa very often and those comparisons cannot destroy our relationship,” she said. 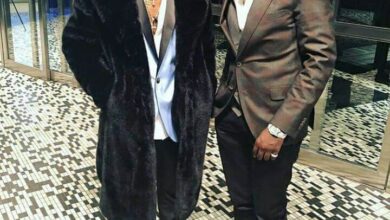 Shatta Wale’s Diss Or Not  : Plenty Money Will Not Bring You Happiness – Pope Skinny Jabs