Ghanaian songstress, Sista Afia, has somewhat been embarrassed by a macho man who stormed the offices of Accra-based radio station Accra FM to demand his money from her.

The “Jeje” hitmaker was ambushed by a muscular young man who is alleging that Sista Afia and her management had acquired his service for their events without paying him.

In a new video sighted on Instagram, Sista Afia was seen granting an interview to Nana Romeo when the show was interrupted.

A well-built man walked into the room and claimed Sista Afia and her team owed him money after he had worked for them.

According to him, he did not get paid for the work and was finding it difficult to locate the Weather hitmaker.

He added that he took the opportunity to pursue the singer to Accra FM after he got wind of the fct that she was coming for an interview.

Sista Afia, when asked if she knew the young man said she had not met him before in her entire life.

Her manager who was also there with her during the live interview also claimed he did not know the macho man.

Ahh : McBrown Copy Cecilia Marfo’s Way Of Singing As She Entertains Fans With What Shawa Say Song on Tv – Video 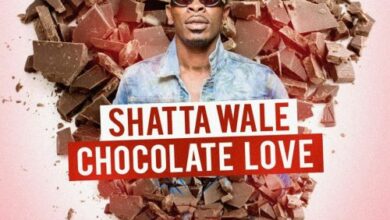