On Thursday, revered sound engineer Zapp Mallet took a swipe at Sarkodie for pairing him with producers he deemed as not his co-equal.

The veteran producer, known for the production of several hit songs including Daasebre Gyamenah’s ‘Kokooko’, Akyeame’s ‘Mesan Aba’ and Kofi B’s ‘Mmobrowa’, said is it disrespectful of Sarkodie to pair him with these producers.

Appietus stated that there is absolutely nothing wrong with comparing music producers irrespective of how long they have been in the music industry.

He charged Zapp to return all the awards he’s won if he doesn’t want to be compared which he later appologized after his ‘father’, Fredyma’s intervention.

However, Ghanaian highlife artiste, Rex Omar also rebuked producer Appietus for saying that. “I saw on Facebook what is going on now, the question I asked my self is yes Appiah is talented he has done a lot but for Christ sake Monkeys play by sizes, you can’t compare Appiah to Zapp in any way. Zapp Mallet is an accomplished musician, he plays multi instruments, he is a better finger than a lot of stars and producers in Ghana today. He is a composer, producer and sound engineer he has done a lot but unfortunately, he is a Ghanaian. If you joined the music industry just recently and want it is not sickening. The majority of the Ghanaian top highlife hits came through his hands.”

Emmanuel Mallet popularly known as Zapp Mallet is a veteran Ghanaian recording engineer and a record producer. He is recognized as one of the pioneers of the hiplife genre that started in the early 1990s in Ghana. 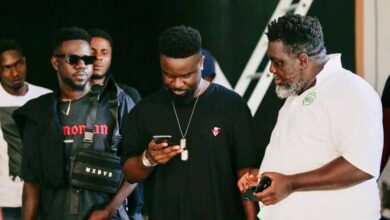 Hammer Lists His Top 20 Ghanaian Rappers Of All Time 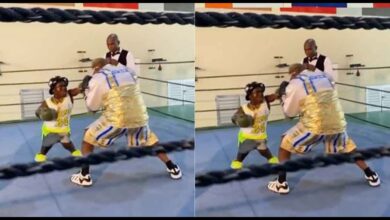