The ‘beef’ between the two intensified after the social media commentator threw at a shade at Nana Tonardo for allegedly being a gαy. “If I will advice you, I’ll say that get medicine for your leaking a*s,” she said in a video.

The comment has triggered Nana Tonardo to accuse Afia Schwarzenegger of being a lɛsbian. According to him, he has witnessed her having affair wit young girls in her car.

Earlier, Tonardo descended on her estranged best friend for stating that she passionately hates Mzbel during an interview with Zionfelix. After Tonardo’s outbursts, was when Afia Schwarzenegger decided to come for Tonardo for allegedly being gαy.

Speaking on the broken friendship, Nana Tonardo said “stop telling Ghanaians that it was your decision not to ever roll with me again. Stop with the lies. Tell them that I was the one who did. You paid your way through an award scheme and travelled to the states for it. That was when you met me and apologized to me for everything”.

“I met you and kept you company and through that, you met my friend, Johnny, slept with him that same day and stole his watch. You told Johnny I was gay and schemed to separate him from me. That was when I ended our friendship,” he added.

Dragging Afia Schwarzenegger’s family in their feud, he said “you claim I am gay but you have never seen me with a man before. If you had any evidence that I was gay, you would have brought it out long ago. You have been sleeping with women. If you’ve got any advice, reserve it for your son James. He is gay. He is gay and you know it. If you haven’t told Ghanaians, I’ll be the first to break the news. Your son is gay and people are aware.’ Tonardo alleged in a video shared on his Instagram page”.

According to Nana Tonardo, Afia Schwarzenegger’s P.A is also gay and she rather go and advice the gays in her house. 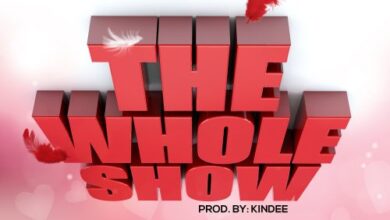