New – Lady storms JJ’s house claiming Atta Mills has asked her to resurrect him (Video). There was a bit of drama at the residence of former President Jerry John Rawlings after the news of his death came public.

A lady said to be from the Volta region appeared at Rawlings’ house claiming that she could resurrect the former president.

According to a report on Angel TV, the lady who was only identified as Emefa claimed that the late president, John Evans Atta Mills, had shown her how to resurrect Rawlings.

She is reported to have claimed that Atta Mills appeared to her in person and directed her on how to get Rawlings back to life.

Emefa is said to have claimed that Rawlings is not dead for now and was only ‘sleeping’ but she must be allowed to perform whatever directions before 12:00 am on Friday, November 13, 2020.

She is reported to have further claimed that Rawlings was at a crossroad in the spiritual realm and if he crosses a river, he cannot be brought back.

She further stated that if she does not go through with her directions and Rawlings crosses, there will more disaster for Ghana.

From what we gathered, the lay was not allowed access into Rawlings residence by the security personnel. 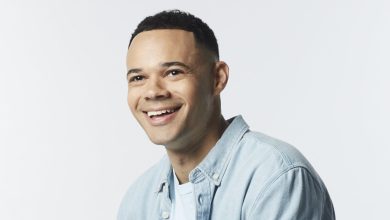 Who Is TAUREN WELLS – Learn More About Him Below