Founder of the Prophetic Hill Chapel, Nigel Gaisie, has apologized to Assin Central Member of Parliament, Kennedy Agyapong over a recent tirade he launched on the lawmaker.

Agyapong in a recent interview threatened to deal with Gaisie accusing him of peddling rumours that he had suffered a stroke and was seeking medical attention in the United States.

The lawmaker’s threats to deal with Gaisie met a robust response when Kofi TV interviewed Gaisie days after.

Among other pronouncements, he said about comments he made about Agyapong during the last Watch Night Service:

“I only did it to insult him. This is not me, and everybody who knows me knows that I am very gentle but on the 31st, I just wanted to insult him. Yes! Kennedy Agyapong – I won’t call him honourable because he’s not honourable to me.

“He’s insignificant to me in the realms of the spirit. This man told lies about me during the elections and I did not respond because God has instructed me to do certain things but Kennedy Agyapong must understand that 2022 and beyond if he insults me, if he says one, I will
say a thousand’ he added.

In an audio interview shared by a popular YouTube page, Oman Channel, a man purporting to be Nigel Gaisie beats a full retreat on the harsh comments directed at Kennedy Agyapong, among others apologizing for his outburst and seeking reconciliation.

“I said yesterday that I will pray against you (during the Kofi TV interview), I retract and apologize for all that harsh words but I was
tired. Kennedy we love you and let’s talk. Stop attacking the church, because of you a lot of people are not going to church and it’s not good”

Gaisie entreated the lawmaker to read the book of Philemon in order to get an understanding of why people must go to church regardless of whatever Men of God do, “God has a way of sorting it all out” he stated.

Asked if he would seek a meeting with the lawmaker to thrash out issues between them, he responded: “I have no differences with him, if he sees me, he will see that the rolex, galazo and V8 that his son uses, I use same. So I can be like his son.”

He continued that attacks are expected in the course of doing God’s work. “I understand his attack during the last elections and I took it for politics. but my spirit was very angry yesterday.

“It is he that has offended me, if he reaches out, I will give him love, show him love, that is what the word of God says. I have never offended Kennedy Agyapong and it was deliberate,” he
stressed. 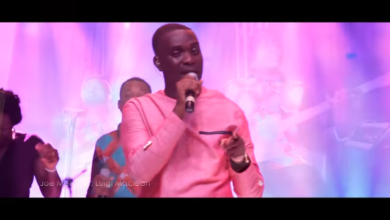