No time for beefs, I’m focusing on my wife, family – Medikal won’t reply Eno. Rapper Medikal has no intention of replying shots thrown at him by female rapper Eno.

For some days now, Sista Afia has ignited a lot of controversy after the release of her song ‘WMT’, on April 22.

While Sista Afia did not mention names, some people have concluded that she took jabs at Sister Derby, Wendy Shay, and Efia Odo in the song.

But following the release of Sista Afia’s second diss song ‘You Got Nerves’, which many said was directed at Eno, there have been speculations that Medikal ghost-wrote the lyrics of the track.

During an interview on Showbiz360 with Giovani Caleb, Medikal, born Samuel Adu Frimpong, said he hasn’t heard Eno’s diss song and the accusations.

When the host probed get his reaction to the allegations, the ‘Omo Ada’ rapper said “the level where I dey right now I trying to focus on my wife and my family and then I’m trying to do music to entertain my fans as well so I’m not into fetching insults and stuffs and getting back” at people.

“That’s why you will not find us in any petty beef we don’t do that,” Fella Makafui, his wife, interjected.

Medikal and Fella Makafui – the Frimpongs – tied the knot on March 7 in a controversial wedding which saw the actress faint during the event.

Commenting on marriage so far, Fella Makafui said “It’s been amazing…it’s been fun even before we got married…we are now more closer. Everything is now like smoother.”

They are currently planning on having a family and are hoping to have two or three kids but Fella hinted that “we will be adopting as well.” 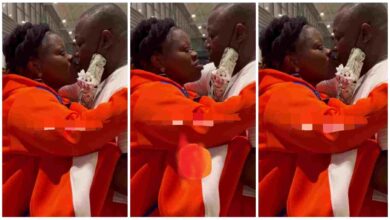 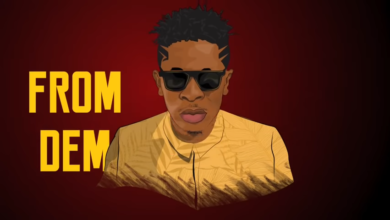