Pastor Caught With Humans bones, Female Underwears N Charms In His Church – Video. A pastor was stripped and paraded by villagers in Umunze, Anambra, after he was allegedly caught with charms.

Video going viral on the internet also alleged the pastor was in possession of female underwears, photos of villagers, and humans bones at his church.

Bishop Elijah Chukwuebuka, who is the founder of God Of Light Anointing Minsitry, was allegedly caught with charms and female underwear in his church in Nsogwu, Umunze, at about 5pm on Wednesday, November 11.

Some aggregated youth of Umunze community gathered at the scene, threatening to burn him, but he was rescued and taken to the Igwe’s palace.

Youths stormed the church with the aim of burning the pastor popularly known as Big Daddy but he was rescued and taken to the Igwe’s palace in Umunze.

female underwears and photos found in a church of a pastor 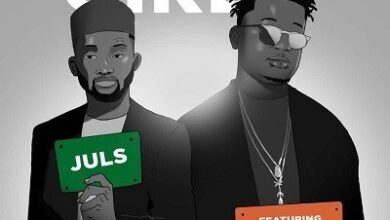 Shaydee – Never Be The Same