In a video which has been sighted by our outfit captures how Opambour and Nana Agragaa have been attacking and hurling insults at each other.

In a compilation video sighted on YouTube, the two were seen lambasting each other mercilessly as they reveal each other’s dirty secrets.

According to the fetish priestess, Prophet Ebenezer Adarkwa Yiadom AKA. Prophet 1 sleeps with the wives of his junior pastors.

She also alleged that the man of God has been married for over 10 years now and has never touched his wife but only prefers to have with way with the wives of his junior pastors.

Apparently, the shocking revelation came at the time Opambour disclosed that any man of God who entertains a fetish priestess in his church is not a true man of God. 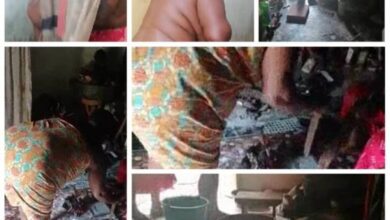