Ghanaian rapper, Sarkodie, known in real life as Michael Owusu Addo has, over the years, fought the tag of being one of the non-giving celebrities in Ghana.

Many critics, especially on social media, label the Tema born musician as not fan-friendly as compared to some of his colleagues.

Well, it looks this tag can now be considered a thing of the past. In a video circulating on social media, the ‘Azonto Fiesta’ hitmaker is seen spraying a tad of cash on some of his fans.

After performing at the Konnect Concert at Coco Vanilla in Accra, Sarkodie was seen throwing cash to some fans who ambushed his car.

Before he sped off in his luxurious Rolls Royce, Sark threw the money in the air which led to a scramble amongst the fans.

Must Watch : Samini Points Out How Stonebwoy Hurt Him – Video

Thomas The Great – No Sense 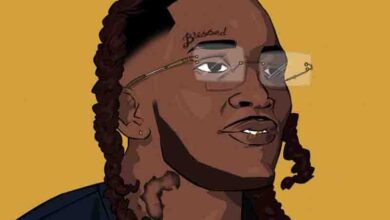