See What D Black Did To Dr Un When They Met – Video Will Surprise You. Ghanaian rapper, D Black and self-acclaimed ‘Dr’ Kwame Owusu Fordjour, alias Dr UN, have been spotted chilling in a coded location.

After he successfully tricked some public figures in the country—which included D Black, Dr Fordjour pulled up on the former during an interview session.

D Black vowed to deal with him should their paths cross after he was trolled for receiving a ‘water bottle’ as an award plague.

However, in what seemed a deliberate attempt by media personality Abeiku Santana to let sleeping dogs lie, the two were welcomed in the same space.

D Black, in a video of the session he posted on Twitter, noted that Dr UN pulled up on him during the interview and he had to get along despite a stern look on his face.

Dr UN on the other hand, who was over the moon, hailed the rapper and jammed to a song in the background.

Many, upon sighting the video, bemoaned why D Black did not act as he promised while others commended him for showing maturity.

Ahhh!! @AbeikuSantana jus had Dr UN pull up on me at this Atuuu interview ah ah ah !! 😅😡 Like if eno be Abeiku eh ! I for Just laugh 😡 #DBlackAt10 pic.twitter.com/BB2vBUua7V 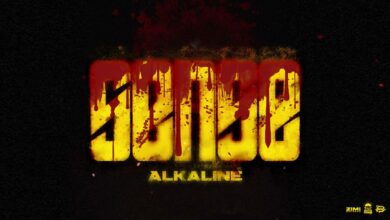