See What D Black Said About His Leaked Sushi Video With Adrienne Nicole – Video. Ghanaian musician and CEO of Black Avenue Musik, D Black has finally reacted to the leak video of his that hits social media few weeks ago.

According to the ‘Vera’ hitmaker, he was not proud his video made it’s way to social media and hence he wouldn’t love to speak on it and that’s why he has been mute ever since it popped up.

“It’s just unfortunate…I’ve always said this… I’ve been without controversy my whole career. It was an unfortunate incident.

This is not characteristic of my brand and I just had to deal with it. These are things you don’t have to speak about, it’s private, it’s personal”, he said.

D-Black, however, said that he’s shocked by how Ghanaians rejoice at negative stuff like this instead of forcing on the positive side of things.

Have You Seen The Naked Images Of Toyin Lawani As She Celebrates Nigeria 60th independence day? 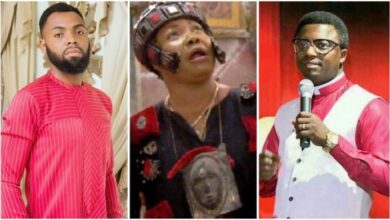