Shatta was seen in a video with Waliy AbouNamarr endorsed the rap star as the next big thing to push Ghana music to the next level, it’s also said Shatta Wale is set to release a song with Waliy.

The US-based Ghanaian musician and Entrepreneur linked up with Shatta Wale during his tour with Medikal in New York City.

They were spotted in photos and Videos which has since made its way to social media. Waliy AbouNamarr is an Afro hip hop musician and Entrepreneur who is pushing his music in the US & Ghana.

He has been successful with his releases and has carved a niche for himself in the US especially among the Ghanaian community and back home here in Ghana.

He also has features with the likes of Zeal of VIP fame, Ras Kuuku, Heartman, Bpm Boss to name a few. He recently released music video to his hit song “Alkareem” and has a new song out tagged “Forever” which fans are anticipating a release of the music video Any moment from now.

Waliy AbouNamarr is one of the few US-based Ghanaian musicians who are making Ghana proud with his music. Check the photos and Videos with Medikal and Shatta Wale below and subscribe to his channels for new updates on latest projects and endeavors.

Also been nominated in the upcoming Ghana 🇬🇭 US 🇺🇸 Awards and is asking all Fans to stay Connected via all his social media for more updates on the Nominations … He’s asking all Fans to vote in his Category which will be Announced soon @waliy_abounamarr. 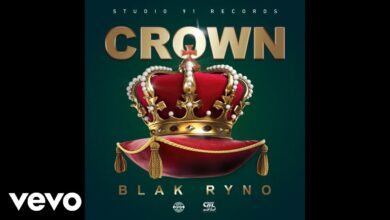