Shatta Wale has thanked Flavour for confirming his words in a recent interview that Nigerians don’t support other African artists as they support them and that needs to change.

Shatta Wale during his ranting on Twitter said Nigerians need to thank and appreciate Ghanaians because their artists come to Ghana and other African countries for the numbers before being recognized in the world but they don’t do the same.

Speaking in an interview with Ebuka, Flavour confirmed this when he used Diamond as an example saying he’s the biggest artist in Africa when you go to YouTube but Nigerians don’t support him the way his people support Nigerian artists.

According to him, he’s not surprised his (Diamond) people are saying no more Nigerian music in their clubs because they make them feel they have nothing because the support they give Nigerian artists isn’t reciprocated by Nigerians.

This gave Shatta Wale enough voice to speak out and repeat once again that Nigerians need to appreciate the African fanbase and promote other African artists like they do for their artists not stop making it look like their artists are great on their own.

Shatta Wale and Falvour have a point because no matter how huge the fanbase of Nigerian artists are in Nigeria, they need the African fanbase which includes Ghana to be able to make it outside Africa and that’s what they’re refusing to accept. 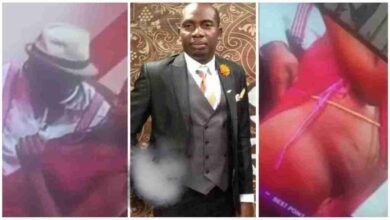