Stonebwoy N Davido Unlock Heavy Slaps To A Guy Who Leak Their New Song – Video. Recall that we reported on Stonebwoy driving Davido and his crew to Aburi Mountains to shoot the video for their unreleased song.

Well, information reaching our outfit indicates that the song has been leaked and Stonebwoy has taken action against the young man involved and guess what, the young man has taken to social media to actually narrate what really happened.

According to the young man, Davido, Stonebwoy’s bouncer and Stonebwoy himself really dealt with him.

He also disclosed that he was taken to Davido’s apartment after his face showed up in the video which he shared on social media and guess what, that was when he was made to answer some questions.

He said they asked him about who leaked the video and he denied leaking it. He also disclosed that he told Stonebwoy he actually loves his work and furious Stonebwoy said and So what!! They later told security that he has stolen their money worth over $50,000 after taking the dirty slaps.

Watch the video below ; Video : Stonebwoy And Davido Donates Heavy Slaps To A Fan.

According to this guy, Stonebwoy, his bouncer and Davido slapped him after he was alleged to have leaked their song 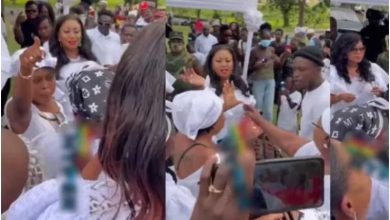