Stonebwoy – VGMA should extend my ban, It’s good for the Industry

Dancehall artiste Stonebwoy says he wants his ban from the Vodafone Ghana Music Awards (VGMA) to be extended.

Speaking at a press conference at the Golden Tulip Hotel in Accra on Friday, February 7, Stonebwoy said he wished the ban would last for about three years to serve as a deterrent to young artistes.

“The young ones must know that you can’t just misbehave on an awards stage and go free. Such punishments are good to check musicians. The ban has not affected me in any way but it’s all good for the music industry,” he said.

Stonebwoy and Shatta Wale were banned indefinitely from the VGMA after a brawl involving their camps on stage at the 2019 event which was held at the Grand Arena Dome of the Accra International Conference Centre on May 18.

The two were also arrested and put before court on a charge of offensive conduct conducive to breach of peace, with an additional charge of displaying a weapon in a public place without permission for Stonebwoy. They later reconciled, held a press conference to announce a joint concert and have since been very cordial.

Addressing their reconciliation, Stonebwoy said it was not planned like people were saying.

“We have grown from boys to men and that is what you are seeing. We regret sometimes the decision we took in the past but as things are now, we are cool,” he said.

Talking about his ex-manager Black Cedi, Stonebwoy said he would never disrespect him but “so many things went on behind the scenes, I can’t say the exact things but we are cool. Black Cedi might not be working with me but I know he is happy where he is and I wish him all the best,” he said.

Speaking about signing on other artistes Stonebwoy said he would have to be careful who he took on.

“I have to be careful who I sign, the disrespect is too much. I want to congratulate Lynx Entertainment for their efforts in signing artistes and doing so well,” he stated.

Stonebwoy said his plans for this year include a North American tour, the opening of his Bhim Shop and an album release.

Shatta Wale – Save Her Heart (Prod. By Paq) 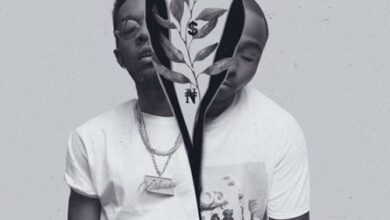