Think About Human Beings – Shatta Wale goes off on gov’t over E-Levy (Video Trends). Dancehall artiste, Shatta Wale born Charles Nii Armah Mensah Jnr, is unhappy about certain issues in Ghana and he is voicing it all out.

According to him, leaders in the country are being insensitive to the plight of Ghanaians for the introduction Electronic Transaction Levy (E-levy) bill.

In a video posted online, he said “right now you people make the thing look like, if you get the opportunity and get your chance, and come into power you can take any decision you want. Think about human beings.”

The 1.75% E-levy was introduced in the 2022 budget by the Finance Minister to cover mobile money payments and other electronic transfers. The levy has been widely rejected by stakeholders and the public.

But, according to Finance Minister, Ken Ofori-Atta the levy will increase the country’s tax-to-GDP from 13% to a targeted 16% or more.

Meanwhile, Shatta Wale has said that it is understandable for governments to want citizens to pay taxes, however, the people cannot be overburdened especially when they have no systems in place to ease the economic pressures on them.

Citing an example he stated that “if you go to the US, you get places where you can buy stuff for one dollar. They have not expired or anything but (it is) because they make those things for people who cannot afford certain things. Have our leaders done some for us?”

The ‘Melissa’ hitmaker believes that if the government wants citizens to support the new levy, they need to build structures and put in place measures to lessen the burden on the populace.

This, he explained, would send a message of growth and build-up to the people who would, in turn, support the government’s plan to raise more revenue for more development to take place. 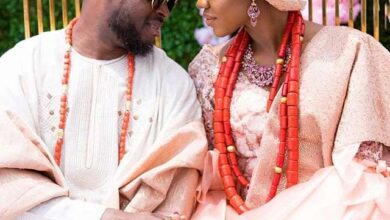