Ghanaian actress and musician Yaa Jackson, has been spotted in a new video dancing for a young man alleged to be her boyfriend in an apartment.

In the new video sighted on Instagram, Yaa Jackson was seen beaming with smiles as she appeared before the camera and started dancing.

She was seen going down to dance wildly as the young man stood behind and watched her in excitement.

Some people appeared to be in the room and watched on as the Tear Rubber singer entertained the young man with some dance moves.

Both Yaa Jackson and the young man were seen wearing matching bathroom robes as they enjoyed each other’s company.

Some people in the room with the couple were heard hyping the actress and singer as she danced.

A voice believed to belong to a female friend of Yaa Jackson was heard saying: “Wei dier couples goal’ to wit, this has couple goals written all over it.

Her statement however was met with hysterical laughter from others in the room when they realized that she had made a mistake in her bid to celebrate her friend.

Afia Schwarzenegger Makes A Top Revelation About Mr. Drew And It Hott - Watch 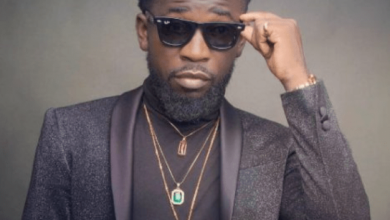