The multiple award-winning media personality who lives in the realm of affluence and influence is celebrating thirty-nine years of life full of grace, love and success.

The mother of twin sons and a little princess lit social media with a thread of posts expressing her heartfelt gratitude and how far she’s come as a brand.

Of course, the day won’t pass by without the usual controversy she’s known for. We have sighted a video of Afia Schwarzenegger kissing her son John.

Afia Schwar and John passionately kissed as though they are in an intimate relationship and this has set tongues wagging on social media.

Although there are many that don’t have a problem with it, others, however, took issue with Afia Schwarzenegger kissing his son.

“Afia Schwarzenegger really needs to stop kissing his son on the mouth like that,” one troll shared in response to the video. “He’s seriously way too old for her to be doing that,” the critic declared.

Another social media user wrote, “Afia Schwarzenegger’s son too d*mn big for her to be kissing him in his mouth like that.

Girl Went Mad After Boyfriend Proposed 2 Her - Video Below 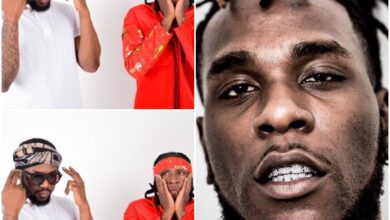