This is according to James Ian’s mother who disclosed the information on the evening of Friday, February 26, 2021. Afia Schwar disclosed the breakup while reacting to a loved.

Schwar’s son and his lover trended on social media on Friday after a photo of them inside a bedroom popped up online.

The photo as sighted on the popular Instagram blog Sweet Maame Adwoa has the young couple playing on the bed.

While Naa Koshie pouted for the photo, James Ian held her by the neck and planted a kiss on her cheek. Written on the photo was the inscription: “My baby” and “How I live my life.”

Video : Shatta Michy – Dating Shatta Wale Was A Total Waste Of My Youth – Video Below

Following the bedroom photo, many photos of Naa Koshie flooded social media with captions describing her as Schwar’s ‘daughter-in-law’. One of such photos was shard by Instagram blogger, Sweet Maame Adwoa, which attracted Schwar’s attention.

It was in reaction to the photo on Sweet Maame Adwoa page that Afia Schwarzenegger announced the breakup between her son and Naa Koshie.

According to her, the two had broken up about two hours before her comment.

Watch : Stonebwoy Should Be Arrested For Allowing His 3-Year-Old Daughter 2 Drive Him In Town, Ghanaians Voice Out – Video Below 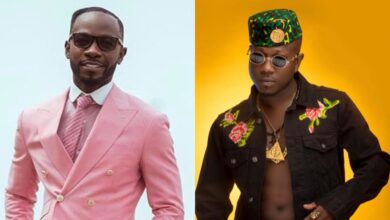 Flowking Stone is a better rapper than I am – Okyeame Kwame 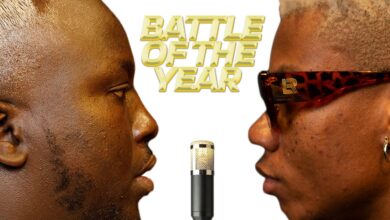