This follows shades Afia Schwarzenegger has been throwing at her over her behavior in the Moesha Boduong saga.

Afia Schwar has been shading Ayisha Modi subtly for attacking Pastor Gabriel Ibe and Vicky Michael with accusations that they gave Moesha some stuff to drink to hypnotized her.

Having enough of the shades, she has dared Afia Schwarzenegger to mention her name and she will show her that she is the undisputed champion of beef in Ghana.

In a new video from her base in the United States, Modi described Afia Schwarzenegger as a godmother who is disloyal to her daughters.

Video : Shatta Wale – I Was The 1st Ghanaian Musician To Customize My Car – Video Below

She claimed that Schwar has been blackmailing people to take their money and even uses her daughter, Pena, to beg for money.

Ayisha Modi further went on to describe Afia Schwarzenegger as a non-entity while recounting how she (Afia ) has become ungrateful to Delay after being brought into the limelight.

Jahmiel – None A Dem (Prod. By Quantanium Records) 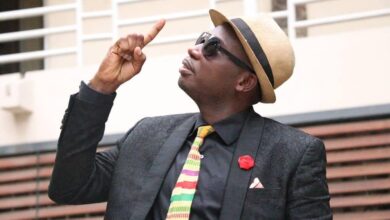