Those who have listened to it ahead of its release have tipped it to be a Christmas hit. Corp Sayvee advised people to be wary of those they call friends and also not to be ungrateful to people who were once there for them.

In ‘Komfo Pa,’ Sayvee in the Fante dialect mentioned that “don’t forget the fetish priest who was once with the sick before the doctor came.” It is an analogy to demonstrate that people should not be ungrateful to anyone who has helped them in any way possible.

Award winning Artiste Yaa Pono also tackled the part of bad friends; adding that some friends are not who they appear to be. Using his personal experience in the song, Yaa Pono mentioned that, at the blind side of him, his close friend was destroying him to his girlfriend.

Produced by Dr. Ray, ‘Komfo Pa’ a highlife song will be available for download on all digital platforms and on Corp Sayvee’s social media pages with profile name ‘Corp Sayvee.’ 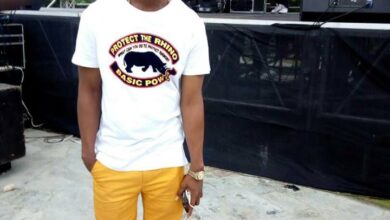