Davido Beat Daughter, Hailey 4 Trying 2 Twerk @ Her Birthday Party – Video Below. Yesterday was the 4th birthday of Haily and Davido was there to celebrate with her as he has always been doing for all his children but then became the topic of discussion when he was seen in the video chiding his daughter.

Hailey was nearly beaten by her father Davido when she tried to twerk bending her waist but then Davido was fast enough to correct her by chiding and netizens reacting to that think he’s just being too hard on the young girl.

According to some, Hailey trying to twerk is payback time as what goes around comes around and it’s Davido’s turn to experience it since he has been spanking the a$$ of women and even sleeping with some and leaving them.

Others were kind enough to tell him that Hailey is going to be tough hence he has to try his best with bringing her up and correcting her as she trying to twerk in public is a sign of the things she watches both on TV and people around us.

Davido appears to be a good father as he’s always there for his kids and makes sure they never miss him on any occasion but then it seems he’s not ready to be anyone’s husband yet and doesn’t need to be forced.

A post shared by The Tattle Room 🇳🇬 🌎 (@thetattleroomng) 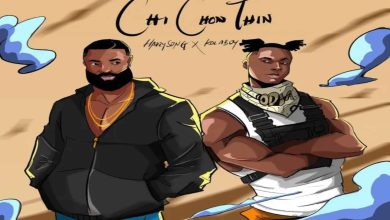