Ghanaian gospel singer, Diana Asamoah has made her first Tiktok appearance and opted for a more secular trend ‘Beyoncé’s freakum dress challenge’ which has caused tons of conversation on social media.

Diana Asamoah in recent times keeps taking us all by surprise every second with her sudden engulfment in the celebrity life culture and constantly puts it in our faces on the internet.

It started of with her sudden ‘sweet 16’ antics after dropping back to back photos of herself slaying the life out of outfits in vogue.

Her hair and makeup game was turned up a notch overnight not forgetting her ‘feeling myself’ attitude she serves in her poses in videos and photos.

This new facet of hers has drawn attention to herself as it keeps being the subject matter for most netizens on social media with many people.

Most people have criticized her saying she is older than the slay queen antics she has been pulling off, including TV host and actor Akrobeto.

In a new video sighted on Instagram , Diana Asamoah is seen doing justice to Beyonce’s Freakum dress trend which she started by looking her natural self without hair and makeup and switching swiftly to a flawless look.

But for many, being a gospel act and having the courage to join in alone makes Diana’s video epic than McBrown’s. 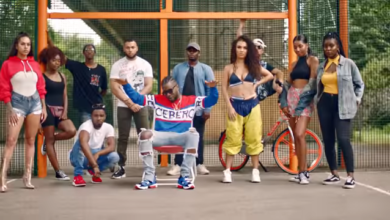 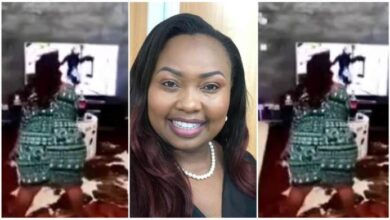