Guy Seen In Tiwa Savage ѕєχтαρє Finally Revealed – Watch. Tiwa Savage’s alleged ѕєχтαρє has become one of the most topical issues on the internet.
Just before the unknown blackmailer dropped the video, the songstress granted an interview saying she enjoyed the encounter she had with her man and is in no way feeling bad about the purported video generated as a result.

However, she promised that this particular video will never see the light of the day but unfortunately, hours later, the tape was leaked and it’s all over the internet as netizens prey on the intimate session she had with the lover.

Although it has not been confirmed she is the one, her outfit, the colour of her nails, and the face of the lady in the video all looked like Tiwa.

Beyond that, people are wondering the mystery man who ‘knacked’ her in the video as she has managed to shield his identity all this while since she started a romantic relationship with him, years after her divorce from TeeBillz.

Recall that the former Marvin Records signee recently bemoaned that a video of her having sex with her new lover is being used by an unknown person to blackmail her.

She noted that her mystery man had leaked the video mistakenly on Snapchat but unfortunately it got into the hands of this mischievous person who is trying to extort money from her with the video.

Gistlovers earlier revealed without evidence that the guy responsible for that is called Abolo. In a post on Monday, October 11, 2021, the blogger claimed Tiwa’s blackmail story was just a PR stunt. However, the passage of time has proved that it wasn’t a stunt at all after the video got leaked hours ago.

According to new waves of rumours online, the guy below is Tiwa’s lover who was entangled with her in the sex tape.

Watch : Lil Win Embraces Funny Face When He Visited Court 2 Support Him As Police Took Him Away – Video 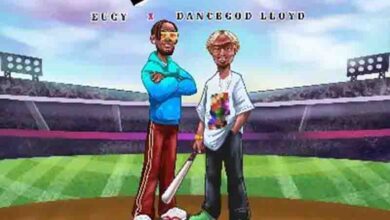 Kweysi Swat – Take My Pain Away