Ghanaian social media personality turned musician, Mona Faiz Montrage, well known as Hajia4Real or Mona4Real has set tongues wagging on social media as she takes some time off her busy schedules to swim in her customized swimming pool.

Mona4Real has wowed many with her talent after she made an unexpected emergence into the music scene. With her first songs, “Badder Than” and “God’s Child”, she was able to cement the love Ghanaians have got for her.

She recently came out with a seven-track list EP titled “Here To Stay” which features some of the big names in the music scene like Medikal, Efya, Stonebwoy, Shatta Wale, and other top-tier musicians.

Well, in relation to her instant success in the music scene, Hajia4Real has described herself as a different breed among her competitors. 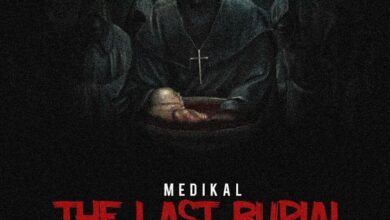