Phone Stealer Made To Sweep The Whole Of Kaneshie Market – Video

The proverbial forty days of a phone snatcher reached today after he was caught red-handed Kaneshie Market.

A video shared on Instagram shows the alleged thief with a rope tied to his waist, as he was policed around the
market to clean it up with a broom.

“A mobile phone snatcher was caught at
Kaneshie Market this afternoon, and a rope was tied around his waist and made to sweep the market as his punishment,” the caption of the video said.

Along the way, an unidentified person lands a hefty slap to the cheeks of the suspect right before he returns to executing his punishment.

Although many people wished to exact some physical punches or slaps on the young man, others also urged that no one hit him.

It is unclear what happened to the phone snatcher after that, but one thing was clear, he got served a productive punishment. 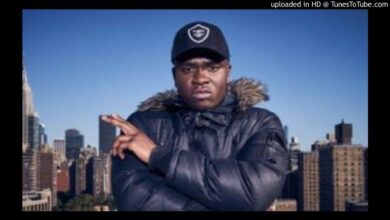