Princess Shyngle Made It Clear De Types Of Girls She Dates As A Blessed Bisexual – Watch. Ghanaian-based Gambian actress Princess Shyngle has disclosed the kind of women she dates claiming doesn’t date girls below 35.

Princess Shyngle in a question and answer session with her fans revealed that she’s a bisexual that is she sleeps with both men and women and she’s very proud of herself and who she is as she talks about the kind of women she dates. According to Princess Shyngle, she doesn’t date women or girls who are below 35 as she’s only interested in women that are 35yrs and above and must be prettier than her and also has to have more money than her.

Princess Shyngle laid down her conditions before she can date any woman and her conditions show that she doesn’t want to come out of the relationship being the one who lost the most hence the woman must be better than her.

Princess Shyngle being a bisexual isn’t news but then her conditions of the lady being prettier than her, having more money than her, and being 35yrs and above is what marvels some of us as it appears she’s dating women with her brain. 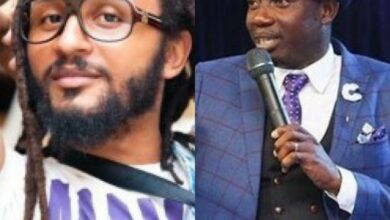