Unlike some couple who break up and it turns out to be all insults and innuendos against each other, Charles Nii Armah Mensa popularly known as Shatta Wale and his ex-fiancée Diamond Michelle Gbagonah popularly known in the showbiz circle as Shatta Michy are standing by each other with good words.

Yaa Pono – Shatta Wale Has Never Been My Friend

The self-acclaimed Dancehall King of the Ghana heaped a lot of praises on his former fiancée Shatta Michy for her grace and maturity even after they broke off their relationship.

In a MyNewsGhcom-monitored appearance on Peace FM, Shatta Wale who appeared on the Entertainment Review with Akwasi Aboagye agreed with Mark Okraku Mantey that Shatta Michy is matured, has sense and is educated.

Many global African hit songs were done in local dialect, not English, my Fante lyrics don’t limit me – Kofi Kinaata

Mark Okraku Mantey said he had a personal chat with Michy for more than 30 minutes about Shatta Wale and not once did she say anything negative about her ex. She only said Shatta Wale, like many men, is imperfect, but he is extraordinary in what he does.

“Oh yes, she’s matured. She is educated and she is smart. I will give that to her on any day,” Shatta Wale said. 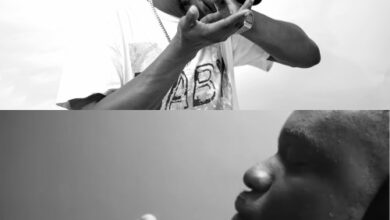 Joe Praize – Happy Birthday To You