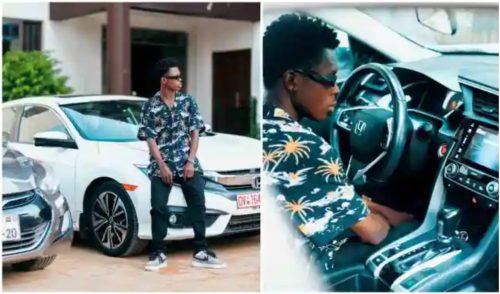 Strongman Inspires Youth As He Buys New Car – I didn’t Have Bicycle 5 Years Ago. The year 2022 has been a great year for rapper Osei Kwaku Vincent also known as Strongman Burner as he has added a brand new car to his collection of vehicles.

The father of one announced the acquisition of the new car with photos on Instagram on Friday, April 22, 2022.

The photos showed Strongman standing beside the new car and one other which was packed in their house. The car happens to be a white-coloured Honda.

Sharing the photos, the rapper told a story about how she and his fiance, Nana Ama have come from not owning a bicycle a few years ago to owning cars now.

According to Strongman, about five years ago he did not own any vehicle but was so optimistic about owning one.

His optimism was so high that he once asked Nana Ama to select a car from the pool to go to market knowing very well that there was not even a bicycle in their house. But now, he owns more than one car.

“5yrs ago, Bae @nanaamastrong was stepping out to buy foodstuffs…On her way , I asked her ‘’ which of the cars are you going out with ‘’? Knowing very well we don’t own a bicycle . Here we are today..even though we don’t own the best cars yet but we give God Dream it and work towards it,” he said.

AmakyeTheRapper – Twa To So Ft. Fameye 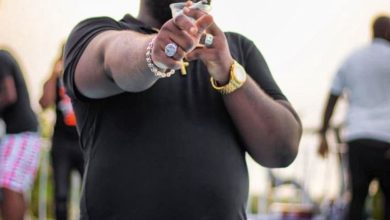 Peruzzi – No Be Mistake 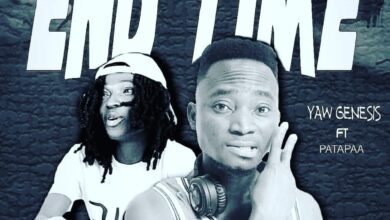